LANSING, Mich. — State Sen. Lana Theis was sworn in as the senator for the 22nd District during a ceremony at the state Capitol on Wednesday. The senator’s office is now open, and Wednesday’s ceremony marked the official beginning of the 102nd Legislature.

“I am humbled to be chosen by the residents of the 22nd District to be their voice in the Capitol, and my team and I am are eager to get to work building a better Michigan,” said Theis, R-Brighton.

Meghan Reckling will serve as chief of staff and Theresa Grace as constituent relations director and veterans affairs coordinator. Daniel Waun joined the office late last year and will serve as director of communications and legislative affairs.

Theis also received her committee assignments for the 102nd Legislature. She will serve on the following committees during this term:

“Committee work is a critical part of the legislative process,” Theis said. “It allows residents or businesses that could be affected by proposed legislation a chance to voice their support, opposition, or concerns, which in turn helps committee members make more thorough, informed decisions.

“I look forward to working with my new colleagues and representing the people of the 22nd district.”

Additional information and resources can be found on the Theis’ website, SenatorLanaTheis.com. 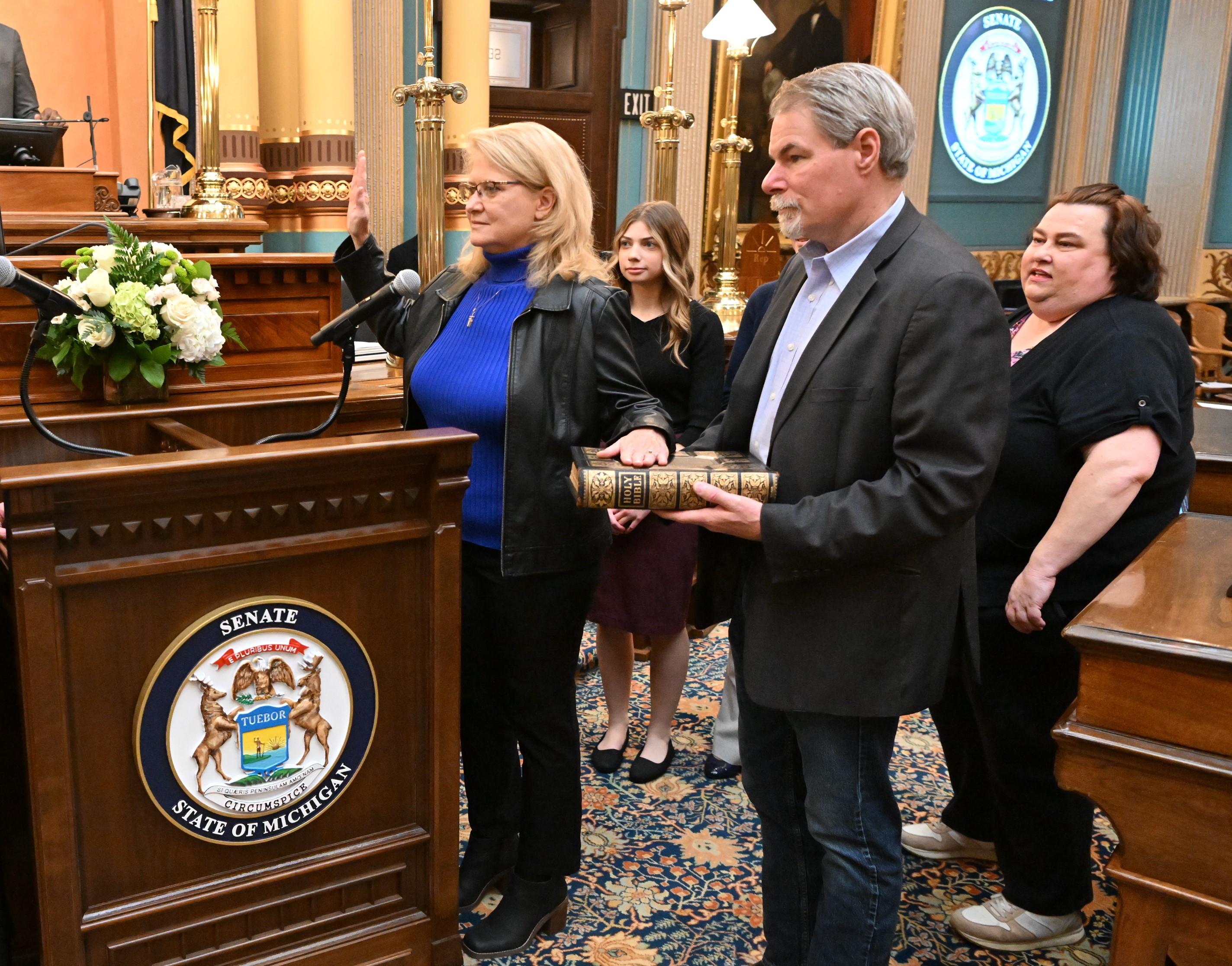 Editor’s note: A print-quality version of the above photograph is available by clicking on the image or by visiting the senator’s website at SenatorLanaTheis.com. Click on “Photos” under the “Press Room” tab.

Photo caption: State Sen. Lana Theis, R-Brighton, was joined by staff, along with friends and family as she was formally sworn into the Michigan Senate during a ceremony at the state Capitol on Wednesday morning.